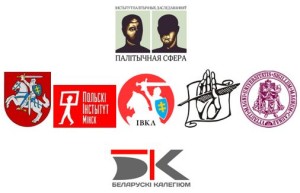 The 7th Minsk Conference of the Institute „Political Sphere“

Deadline for the applications is March 15, 2018

In 1918, the whole East-Central European region had changed. Empires collapsed, new states appeared, borders were redrawn and processes of the consolidation of nations were happening. The ideas of sovereignty and independence were embodied. Some of the nations were more successful (Lithuania, Latvia, Poland), some of them less (Belarusian Peoples’ Republic, Ukrainian Peoples’ Republic). These processes, however, had not finished discussions on sovereignty. They remained relevant through the whole 20th century and experienced a rebirth in the times of the collapse of Soviet block and Soviet Union (1990-1991), and were activated one more time after the expansion of European Union in 2004. In the context of new security and peace challenges in East-Central Europe (the Russian-Ukrainian conflict in 2014 and deterioration of Russian and USA/UE relations), questions of sovereignty, and especially of its limits and endurance, became urgent again.

This conference aims at systemizing ideas and practices of East-Central European sovereignties in the context of centenary anniversary of the formation of national states as well as of present political and geopolitical challenges.

Please fill this registration form to apply for participation.